The CARICOM Regional Organisation for Standards & Quality follows the internationally established method of standards development. In our instance, that process begins with the recognition of the need for a specific standard and a proposal that such a standard is developed for regional use. That process is referred to as a New Work Item Proposal (NWIP).

That proposal then has to be accepted by the CROSQ Council, which is comprised of the directors of each of the 15 Member States’ standards bureaux, to kick start the process. 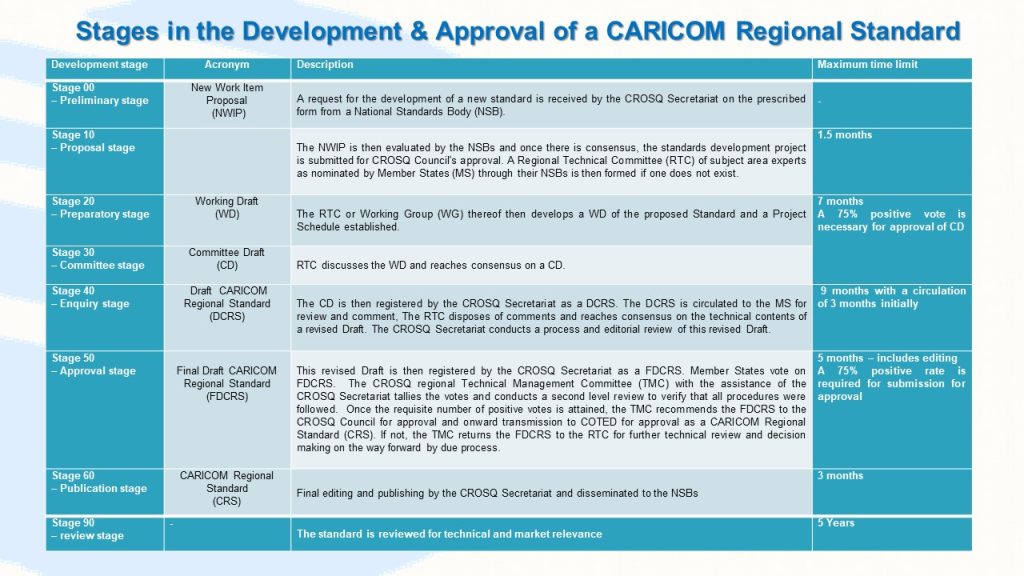 Below is a table of standards currently under development, or on hold. This table will be updated periodically, but at least twice per year. [Last updated August 29, 2022)

All requests, enquiries or comments on Draft CARICOM Regional Standards out for Public Comment, should be directed through the Bureau of Standards in a CARICOM Member State.

All published CARICOM Regional Standards are available for purchase from the Bureau of Standards in a CARICOM Member State; or the CROSQ Secretariat.