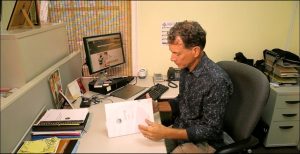 Standardisation is the process of formulating, issuing and implementing standards with respect to actual or potential problems, provisions for common and repeated use, aimed at the achievement of the optimum degree of order in a given context.

What is a standard?

According to the Revised Treaty of Chaguaramas, a standard is “a guideline approved by a recognised body that provides for common and repeated use, rules, guidelines or characteristics for products, processes and production methods, with which compliance is not mandatory. The term may also include or deal exclusively with terminology, symbols, packaging, marking or labelling requirements as they apply to a product, process or production method.” Standards should be based on the consolidated results of science, technology and experience, and aimed at the promotion of optimum community benefits

What does a standard do?

There are five key principles of standards development, whether at a national or regional level:

Standards can be of many types, and within the region the more common types are:

Who benefits from standards?

What are harmonized standards?

Harmonised standards facilitate market access under the CSME. CROSQ coordinates the development and harmonization of regional standards in accordance with the WTO/TBT Code of Good Practice for Standards development. There are 14 provisions in the Code, including:

What is a Technical Regulation?

Technical regulations lay down product characteristics or their related processes and production methods, including the applicable administrative provisions, with which compliance is mandatory. The term may also include or deal exclusively with terminology, symbols, packaging, marking or labeling requirements as they apply to a product, process or production method.

Difference between a standard and a technical regulation​

The difference between a standard and a technical regulation lies in compliance. While conformity with standards is voluntary, technical regulations are by nature mandatory. They have different implications for regional or international trade. If an imported product does not fulfil the requirements of a technical regulation, it will not be allowed to be put on sale. In case of standards, non-complying imported products will be allowed on the market, but then their market share may be affected if consumers’ prefer products that adhere to standards, such as quality or colour standards for textiles and clothing.

The need for regional standards

A regional standard is the harmonisation of several national standards into a CARICOM Regional Standard. The purpose of this harmonisation is to increase intra-regional trade, reducing TBT and facilitating the functioning of the region under the same rules.

At the start of the 21st century, the globalisation of trade and many other issues, such as security, health or the environment, imply that regional standards, based on a double level consensus – between countries and across stakeholders – are, more than ever, in demand.

The political context in which Regional Standards are developed has evolved drastically, with the expansion of the scope of the WTO, the multiplication of free trade agreements, the pressure for better public governance, the concentration of industry in ever more global companies, the growing demand of non-governmental organisations (NGOs) for more equitable and sustainable development and the increasing public demand for the social accountability of economic actors.

Companies, therefore, have to monitor their triple bottom line – economic, environmental and social – in order to ensure their own sustainable development, whilst contributing to that of the region.

Harmonised regional standards benefit from adequate mechanisms to construct a regional consensus and apply the principle of “do it once, do it right, do it regionally”.

How are regional standards developed or harmonised?

An application for the development or harmonisation of a regional standard is submitted to CROSQ through one of the NSBs. CROSQ circulates the proposal to the Member States for evaluation and voting. If the recommendation is accepted, then the standard is developed or harmonised. There are several stages in the CROSQ standards development process, focusing especially on the concept of consensus-building within all Member States.

Who are considered regional stakeholders?

Stakeholders in regional organisations comprise all those groups (e.g. industry groups / associations) who have an interest in the regional standardisation process because they are affected by it and therefore wish to contribute to the process of the development of regional standards. Consumers and consumer organisation in particular are major stakeholders, who have a very vital role to play in standardisation activities.

How can stakeholders be involved in the standards development process?

As a stakeholder, there are three ways in which you can get involved in the standards development process: